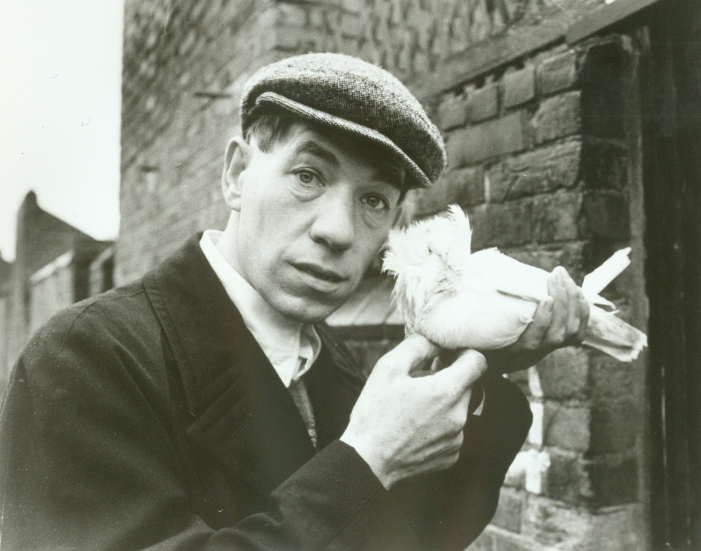 Sir Ian McKellen
Actor
My favourite disability film was Walter (scripted by David Cook from his novel, directed by Stephen Frears and photographed by Chris Menges) not because it was my chance to work with such gifted filmmakers but because many physically and mentally handicapped people acted as extras, some of whom became lasting friends.

Tod Browning was born Charles Browning in  Kentucky  in 1882. Browning is admired and despised in equal measure amongst disabled people. He regularly used disabled actors but almost always in a 'negative' connotation.  The majority of Browning's films were stories whose protagonists were criminals, often schemers, con men and thieves, and  he almost always included 'freaks',  who  were  his  friends,  in the cast. His best work was  with  the  great  Lon  Chaney 'The Man of a Thousand Faces'.

In I 913 Browning met fellow Kentuckian D W Griffith, who took him under his  wing  and  cast  him  as an  undertaker in the two-reel comedy Scenting a Terrible Crime . After a car crash which killed his passenger - film actor Elmer Booth - he was cast by Griffith as a car-owner for a contemporary sequence in Intolerance (1916). Griffith also made him an assistant director on the film. After directing some routine melodramas, Browning persuaded Irving Thalberg at MGM to produce his pet project The Unholy Three (1925),a melodrama about a trio of crooks: a transvestite ventriloquist (Lon Chaney), a midget jewel thief (Harry Earles , also cast in Freaks) and a strongman (VictorMcLaglen). The film was a major box office success and established Browning as a top director in the industry. He went on to make The Blackbird (1926) in which hehas a 'kindly cripple' run a rescue mission; The Unknown (1927) about a fake armless knife- thrower who has his arms amputated because of his lover's fear of being embraced; and West of Zanzibar (1928) again starring Lon Chaney in the tale of an English music-hall magician who becomes. paralysed, earning the nickname 'Dead Legs', after an altercation with his wife's lover, played by Lionel Barrymore.

Ater the success of Dracula (1930), Browning made Freaks ( I 932) and the controversy around  this film  effectively ended his status as a director who could choose his projects. The film was banned in the UK until 1963. One of Browning's last films was The Devil-Doll (1936), which suffered severe script changes as Britain requested  the removal of all black characters fearing it  would  create racial  tensions in the UK. The film stars Lionel Barrymore - in drag and on crutches - employing 'miniaturised people' to wreak  revenge on old associates. Significantly, Erich von Stro heim has a credit for the screenplay. Browning retired from filmmaking soon after and died in 1962 from throat cancer - the same condition that had killed his great friend Lon Chaney.

A refugee from Devil's Island disguises himself as an old lady who sells human dolls which then murder those responsible for his imprisonment.

A group of circus 'freaks' take revenge on a female trapeze artist and her strong m an lover after she has married a midge for his fortune. Deeply controversial in its day, it has taken decades to be recognised as a masterpiece of compassion and pitch-black humour.

Four separate stories of humankind's struggle against intoler ance through the ages. Tod Browning appears as a car owner in a contemporary scene, and was also an assistant director on the film.

Short films - by or about disabled people?

The 'cripple', the 'retard' and the 'loony' - bad language and the 'idiot comedy' genre

The blind, The Deaf and The Wheelchair-user

The Politics of Disability

Where Are The 'real' Disabled?